“Too Deep for Tears” Excerpt by Kathryn Lynn Davis!! 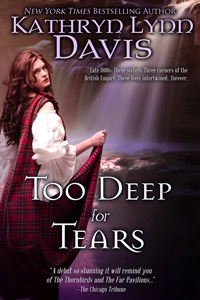 “Too Deep for Tears” Excerpt by Kathryn Lynn Davis!!

As he travels the British Empire, diplomat Charles Kittridge leaves behind three daughters: Ailsa in the Scottish Highlands; Li-an in Peking, China; and Genevra in Delhi, India. Bound by threads they neither see nor understand, the three sisters are haunted by their absent father–each in her own way. Creative and intuitive, often lost and without hope, they come together through their dreams in times of fear and need. Those dreams grow vivid, changing as these extraordinary women learn the lessons the Empire has to teach. And the all-important lessons within their own hearts. No matter the courage and passion, betrayal and loss they experience, their dreams never leave them.

In the end, they believe Charles Kittridge has the power to heal them. But the truth is far more complicated than any of them understand.

Ailsa’s heart raced, filled her body with its rhythmic pulse. She was dazed, she was enchanted, she could not breathe. Gasping, she looked up to meet Ian’s gaze, and saw reflected there the same turmoil that raged within her. He kissed her again, fiercely, ran his hands up her back, drew her closer until the meeting of their bodies was fire and ice, agony and pleasure, yearning and pain.
Her heart was pounding, her head spinning, her legs trembling until she could no longer stand. It was too much, this glorious blaze–too bright, too sweet, too fierce to bear.

She broke away just as Ian did and they stood, unable to move or speak, frightened by the rise of their passion as they had not been, would never be, by the incandescent flames of the bonfire they had left behind.

She broke away just as Ian did and they stood, unable to move or speak, frightened by the rise of their passion as they had not been, would never be, by the incandescent flames of the bonfire they had left behind.

About Kathryn Lynn Davis:
With an MA in History, Kathryn Lynn Davis has published eight historical novels. The first , THE DAKOTAS: AT THE WIND’S EDGE, received nationwide attention when it was banned in Medora, North Dakota, the town where it is set. Her New York Times bestseller, TOO DEEP FOR TEARS (the first in the Too Deep for Tears Trilogy), rose to #5 in seven weeks on the list. Her short story, “Clouds Across the Moon,” appeared in Mother (Pocket, 1996): an anthology of short stories and poems by authors including Maya Angelou, Amy Tan, Barbara Kingsolver, et al.

Twice she received the University of California Riverside’s Creative Writing Alumni Award for Fiction, as well as Romantic Times awards for best Scottish Historical Fiction (Child of Awe), Career Achievement Award (ALL WE HOLD DEAR, TOO DEEP FOR TEARS, SING TO ME OF DREAMS), & Best Historical Novel (SOMEWHERE LIES THE MOON). 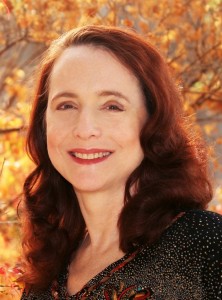