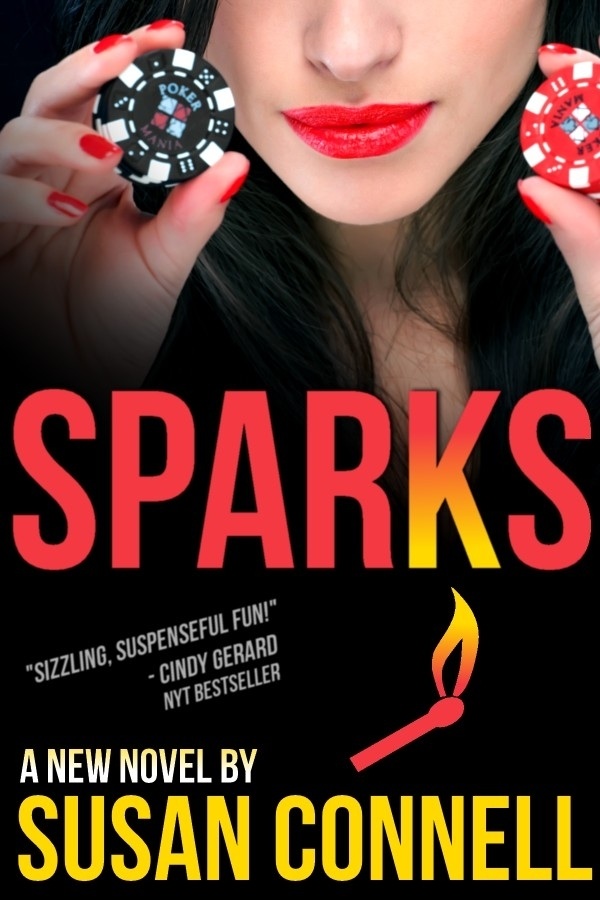 Blurb:
Private investigator Steve Hamilton returns to Atlantic City to stop an arsonist before he strikes. Steve also sees a chance to finally deal with his guilty conscience. Four years ago the same arsonist (Bobo Semenza) torched a business and in the process two men were killed. Steve believes he could have prevented those crimes if he hadn’t let himself be distracted. This time he swears that’s not going to happen.
Steve’s only source of information on the arsonist and the businessman who hired him is the businessman’s ditzy wife Zoe. Since Zoe believes in psychics Steve convinces her he’s one. Standing in his way is Zoe’s protective sister Erin Smith. Erin’s not buying Steve’s psychic consultant act – she doesn’t believe in such things. She just wants her sister to get out of her miserable marriage while Steve needs Erin’s sister to stay in it so he can gather the evidence and the information he needs for his case.
It doesn’t take a psychic consultant for Steve to figure out there’s more than meets the eye with casino office worker Erin Smith, but he’s not about to let her distract him from his investigation. The only diversion he allows himself is watching a beautiful showgirl, Indigo Malone, dance at a local Atlantic City night club. And it’s a good way to keep an eye on arsonist Bobo Semenza. Steve knows Bobo has a thing for Indigo Malone and a reputation for treating showgirls badly – very badly.
As the date for the next arson fire draws closer – this time an entire shopping mall – and with the seedy side of Atlantic City as a backdrop, the action ramps up when Steve discovers Erin Smith and Indigo Malone are one in the same person. And she goes missing. Can he save her before it’s too late? Will he prevent another arson fire? And what about that guilty conscience that needs addressing?
MY REVIEW:
This was an enjoyable, fast read. Detective Steve has to play psychic for a majority of this undercover stint, and he’s probably the cutest psychic around AC–he’s certainly not the most talented, especially when it comes to guessing Erin’s secret. Love the chemistry between Erin and Steve. I even wish there had been more romping around, but maybe this isn’t the last we see of them? 😉 I hope…
Secondary characters Zoe, Nickie, Leon and even Nigel have their moments, and help to shape the main story and major dilemna: protecting two gals (one with a double life) while catching two thugs (one who happens to be a relative of both gals). I wouldn’t say this story is a thriller or a mystery. The objectives and high stakes are pretty much straight forward. It’s more of a detective romance: lots of wit, noir moments, a bit of bump and grind, and many sparks. Enjoyed it!
I only post reviews on books I like. I found “Sparks” entertaining and enjoyable.
—–