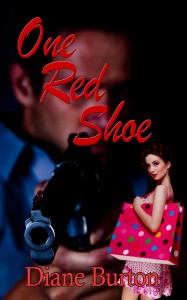 Most of us like comfort. We like knowing where we belong. And we stay there as long as possible because, well, it’s comfortable. Sometimes by being too comfortable we are afraid to see what else is out there—a career change, a new employer, a new home.

Moving is awful. New house (where it takes months before figuring out where everything goes), new doctors, new vet, where to shop, new neighbors (would they be as friendly as the last?). When my husband was transferred or got a new job, there wasn’t a choice. We moved. I’m sure he had fears, too, but my thoughts were all about the kids (when they lived with us) adjusting and, well, me. I could have cried and moaned about how unfair it was to be uprooted again—which I did, but not for months as one person I know did—or embrace the change.

The tables were turned when I got an office temp job to tide us over after Hubs was downsized. As our COBRA’s end loomed and Hubs still wasn’t permanently employed, I needed a perm job that included health benefits. That’s when I got the temp job from hell. I should have seen the proverbial writing on the wall when one of my co-workers expressed surprise that I returned the second day. After the next day, I understood why. I stuck out the eight weeks temporary position, going home each night and crying about how bad it was. Worse, they offered the job permanently. Good news (health bennies), really bad news that I would probably end up with an ulcer. With Hubs’ encouragement, I declined the job. What an awful feeling. No job. What if we got sick? The day after my last day, the temp company sent me to another job. One that led to a perm position. Talk about a window opening after a door closes. If I hadn’t taken the risk at letting go of a sure thing, I wouldn’t have found something better.

In my romantic suspense novel, One Red Shoe, my main character has been stuck in a rut. Orphaned at thirteen, Daria’s life hasn’t changed. She lives in the family home with her older brothers who treat her like she’s still thirteen. With the big Three-O looming, she steps out onto the end of the plank. It’s either sink or swim. She heads to New York City for a writers’ conference. That’s as much adventure as she expects. Is she ever wrong!

Daria Mason’s life is too predictable. Nothing ever happens in her small Iowa town where everybody knows everybody else. But when she travels to New York City looking for a little excitement, she never expects to bring home a wounded spy.

From the moment agent Sam Jozwiak steals intel vital to US security from a Russian Mafia kingpin, Murphy’s Law takes over. No matter how he covers his tracks, the kingpin’s assassins find him. What’s worse than getting shot in the butt? Accepting help from an Iowa tourist.

Sam and Daria flee cross country with the assassins right behind them. Sharing danger and excitement—and a few kisses—with Sam soon has Daria convinced he’s the man for her. He thinks she’ll be better off once he’s out of her life for good. With their lives on the line, can she convince him they belong together?

Jimmy bent down to look at the right front tire. “I don’t like the looks of this.”

“The tire is fine,” Daria said.

The others ignored her and all bent down to look. While they debated whether she should get a new tire, Rover dashed up. The reddish-brown mutt of indeterminate heritage nearly knocked her over with his usual enthusiastic greeting. She gave him a quick hug and ruffled his fur.

“Billy, don’t feed Rover any table scraps. Only two cups of kibble a day. Andy, you’re going to put food in the barn for Archy and Mehitabel, right?” She didn’t wait for his response. “And, Tommy, you’ll take care of—”

At least he wasn’t trying to delay her with talk about new tires. She reached up and patted his cheek. “Don’t swear.”

“I mean it, Daria Jean,” Jimmy said. “Don’t you dare bring home some wounded stray. I don’t care if it’s bleeding. No more.” He ran his hand through his hair. “You have no idea what you’re getting yourself into. You’ve never even been east of Chicago.”

“I hoped you’d get this foolishness out of your system.” He blew out a breath and thrust a small item at her. “Since you’re determined to go, this is a top-of-the-line cell phone. It has GPS tracking so if you have car trouble and call for help, they’ll know exactly where you are.”

Daria ignored the first part of his rant. She’d heard it before but was surprised at his thoughtfulness with the phone. She gave him a hug then the others. Standing back, she looked at the four of them. Tears threatened. She blinked rapidly. For goodness sake, it wasn’t like she was leaving forever. A week away from home, that’s all. She got into her car, eager to get started.

“Call every night,” Jimmy ordered. He just had to spoil the moment. “So we know you’re okay.” The others nodded. They meant well, she reminded herself.

She put the key in the ignition. Oh, God. This was it. She was going after her dream. A mixture of fear and excitement shot through her. She hadn’t felt like this since… since leaving for summer camp when she was ten. How pathetic was that. When she got back, things were going to change. First, she was going on a real adventure.

One Red Shoe is available at:
The Wild Rose Press: http://www.wildrosepublishing.com/maincatalog_v151/index.php?main_page=index&manufacturers_id=1082
Amazon: http://amzn.com/B00FDXRHZA
And wherever ebooks are sold. 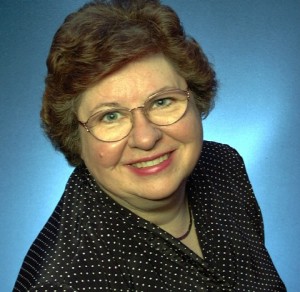 Diane Burton combines her love of mystery, adventure, science fiction and romance into writing romantic fiction. Besides the science fiction romance Switched series, she is the author of The Pilot, the first book in a series about strong women on the frontier of space. One Red Shoe is her first romantic suspense. She is also a contributor to the anthology How I Met My Husband. Diane and her husband live in Michigan. They have two children and two grandchildren.
For more info and excerpts from her books, visit Diane’s wesite: http://www.dianeburton.com

Diane Burton is giving away a Gift Card to a lucky commenter. For extra chances, please use Rafflecopter below:
a Rafflecopter giveaway

2014-01-13
Previous Post: 9 Reasons To Break Off Your Wedding
Next Post: Sally Felt talks all things Vintage and Romance!