9 Reasons To Break Off Your Wedding

Enjoy this tongue-in-cheek post by Kathy L. Wheeler and be sure to read her awesome excerpt for her book, Lies That Bind 3rd in her Bloomington Series

9 Reasons To Break Off Your Wedding.

I knew (1) things were going too good. I’d read there were nine reasons to break off your wedding.

In my case, it really had nothing to do with the fact when I woke up on my wedding day, there it was – (2) a barrage of pouring, sheets of hard, pelting rain. Everyone knows rain is bad luck on your wedding day, despite the jewelry companies who run a contest to promising to pick up the cost of your wedding rings if more than an inch of accumulated water is registered at the airport. No, it was nothing to do with the weather.

Nor did it have anything to do with the fact that my beloved had (3) hired a French maid. True, my house is nothing short of a yard sale wanting – no – needing to happen. The French maid, however, turned out to be a worse housekeeper than I. So did I have a fleeting moment of doubt wondering why he would hire someone to clean the house when the communication between the two of us (the French maid and I) consisted only of “mais oui” and “non“? Non. I had no idea to what I was agreeing or not agreeing to.

Nor did I find it unquestionable when he informed me he’d invited his (4) mother and (5) my sister to stay with us—or was it to live with us? No, I just went along in my merry little way, thinking, “Oh, isn’t this nice, he wants our families to get better acquainted.”

And, then I thought, is it normal for a fiancé to (6) not really like my cat? Men don’t really like cats, do they? In fact, I think he hates my cat. <>sigh<> Cats could be replaced, right?

No, even that was not enough for me to break off my wedding.
I will admit to a niggling doubt crossing my mind that maybe. . . just maybe . . . I was (7) unlucky in love. But that was a ridiculous thought. I’m just not the unlucky type.

I must stop wrinkling my forehead when I’m thinking so hard. Wrinkles can form. I couldn’t possibly have broken off my soon-to-be-marriage during a particularly mind-blowing, star-seeing, awe-inspiring, spine-tingling climax the other night when he called out – (8) was it his secretary’s name? No, surely not­—although I can’t seem to recall his secretary’s name.

No, I woke this morning and knew the reason I had to break off my wedding was because

Because. . .
It was going to be an excruciatingly, horrific, disastrous, hideous, appalling, most daunting (9) bad hair day! I’ll be in tears for a week! 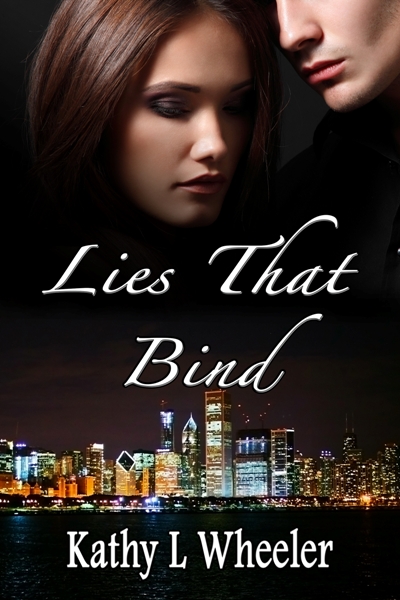 after Quotable and Maybe It’s You

Would a modern day woman marry for convenience to protect the identity of her daughter?  Yes! Kelly Mancer doesn’t want a man. Any man. But danger has a way of changing a woman’s mind. Alex Gentry needs Kelly, but convincing her to help him pluck his younger sister from a dangerous enemy would not be easy. Soon the tables turn and Kelly becomes the prey. Alex may save his sister, but at what cost?

She slid under the water to rinse the conditioner from her tangled hair. Let the heat seep into her sore muscles. She stayed under until she was forced to rise for air.

“Happily, cleaning the kitchen, on her own.” He grinned, turning her insides to mush.

“Of course not. I told you, she’s happy to do it.” Alex sat on the closed seat of the toilet, legs stretched before him crossed at the ankles, arms folded, holding a piece of paper.

“I am. I’m sitting over here, aren’t I? When I’d rather be in there.” He pointed. “With you. Besides, I brought you more coffee.”

“You did?” She’d forgive him anything for that. Her irritation shifted to gratitude.

Alex handed over a new cup to her outstretched hand. One glance, showed he’d doctored it. His eyes, burning with heat, never lifted from the water.

“Did you want something, barging in here?” She eyed the paper he held warily.

He looked up quickly, clearing his throat. “Oh, yes. I…I wanted to ask if you were all right?”

“And I want to talk to you about Eck—”

“We don’t have to talk about sex.”

“Sex?” he echoed. Alex shook his head, drawing a quick smile from her. Apparently, he’d been as affected as she. “No, I want to talk about Eckert.”

“Can you think of a better time?” He leaned forward and dropped a kiss on her lips. “You’re naked, warm.”

Her cheeks flamed. “What’s that in your hand?”

“This?” Alex waved the paper in the air. “Colorado marriage requirements. I just printed them. Off Colorado’s state site.”

“Don’t be ridiculous,” she snapped. “We are not getting married. I told you last night, we could just say we did it back then.”

“Did it?” he repeated, narrowing his eyes on her.

That bland tone might land him in the lake, she fumed. Or the creek. One hardly mattered over the other.

“Kelly, think of Taylor. If Eckert saw you with her, he might put the timeline together. Maybe demand a DNA test. If we were married, no one would question anything. No one has to know we just made the union legal. People will think what we want them to think. Even that bastard. Better yet, Taylor can’t slip up and say we aren’t.”

Damn it, he had a point. She narrowed her eyes on him. “What makes you think I’ll see Eckert? You said there wasn’t any chance.”

Kelly stopped as his words penetrated. “Are you telling me . . .” The need to think was overcome by the onslaught of a panic attack. Her chest constricted limiting her ability to breathe. “There’s a chance…You’re telling her there’s chance I’ll see­—” She couldn’t even say his name, at this point. She’d kill Alex. But first she’d marry the son of a bitch and take him for everything he owned. 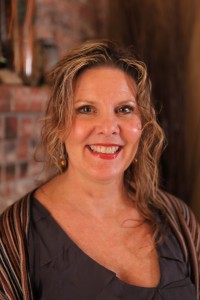 Kathy L Wheeler has a BA degree from the University of Central Oklahoma in Management Information Systems that includes over forty credit hours of vocal music.  As a computer programmer the past fifteen years, she utilizes karaoke for her vocal music talents. Other passions include fantasy football, NBA and musical theatre. She is a long time member of several RWA Chapters, including OKRWA, DARA, and The Beau Monde. As an avid reader of romance and patron of the theatre, her main sources of inspiration come mostly from an over-active imagination. She currently resides in Edmond, Oklahoma with her musically talented, attorney husband, Al, and their bossy cat, Carly.