Cover Reveal!! Shark Out of Water (Grab Your Pole #3) 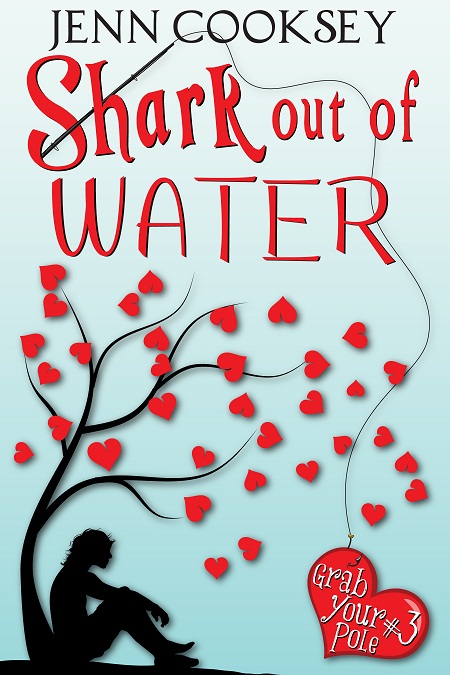 Shark Out of Water (Grab Your Pole #3) by Jenn Cooksey
Expected Pub: Summer 2013
With the Amazon Bestseller Shark Bait, the first novel in the Grab Your Pole series, debut author Jenn Cooksey delivered a fun, snarky, and realistic beginning to a larger story that has found its way into the hearts of readers everywhere. Thus, many were unprepared for what was coming in the second installment of the GYP series, The Other Fish in the Sea, when Cooksey took us on a runaway roller coaster ride of emotion and solidly landed hit after hit, including a brutal sucker punch that left readers around the globe reeling. In Shark Out of Water, the highly anticipated third installment in this humorous yet honest and real coming of age story, we delve even further into the lives of the GYP gang and many questions are sure to be answered, however, are you really ready for what lies ahead in the continuation of their adventure? Well, grab your pole and let’s find out.
Goodreads Link: 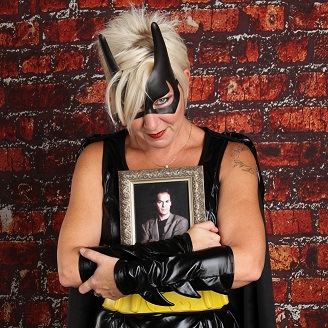 Author Bio:Jenn Cooksey is a Southern California girl born and bred, however she’s no longer a resident of heaven on earth, but instead she currently resides in the 7th Ring of Hell with her husband, their three daughters, and a goodly number of pets. Aside from her husband, one cat, and three out of five fish, everyone living under the Cooksey’s roof is female. She’s sure her husband will not only be awarded sainthood when he kicks the bucket, but that Jesus will welcome him into heaven with a beer and a congratulatory high-five. Jenn is also of the belief that Bacon should be capitalized and that just being yourself is the best way to go. That is, unless you can be Batman. Always be Batman. 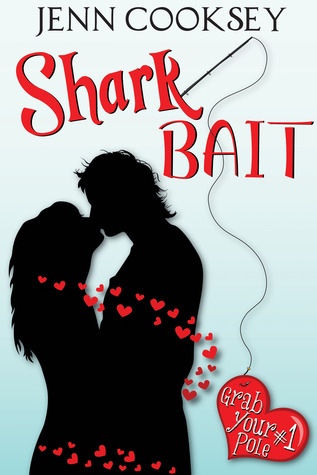 Previously homeschooled Camie Ramsey is being shoved into the shark-infested waters of public high school, where even helium filled, penguin bespeckled arm floaties likely won’t help keep her inexperienced, fifteen-year old head above water in that rip current of hormones and emotions.
Camie’s worldly wisdom might be severely lacking (i.e., the closest she’s come to being kissed was sitting too close to the TV whilst Jake Ryan leaned in to give Samantha that fateful 16th birthday kiss), but she does understand her only hope for survival is if she’s thrown some kind of “social” life preserver before she sinks like a freaking rock. However, what will her fate be when she endeavors to flag down the only lifeguard on duty, the enormously popular and ridiculously beautiful Tristan Daniels? The most sought after and virtually most unattainable guy in school who not only makes Camie’s heart flatline on a recurring basis, he’s also the one guy who seemingly doesn’t know she exists.
Feeling like an inept piece of chum that could ultimately be swallowed by Jaws, can Camie get Tristan to rescue her from floundering in the treacherous deep, or is she destined to be Shark Bait?
______________________________________________
Author’s Note:
While the tales themselves are fictional, some of the events and characters are very loosely based in reality and on my experiences—but don’t worry, the names of the characters, most of their unfortunate fashion sense and/or questionable taste in music has been changed to protect the not-so innocent.
______________________________________________
Due to language and some adult content, this book may not be suitable for readers under the age of 16. 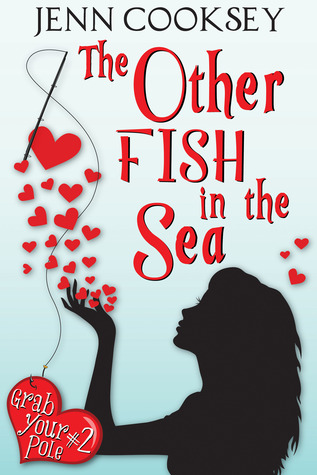 The Other Fish in the Sea (GYP #2) by Jenn Cooksey

In Shark Bait, readers everywhere met and fell in love with the new girl, Camie Ramsey, and swooned over her sure to be future husband, Tristan Daniels. Now, in The Other Fish in the Sea, the long awaited second installment of the Grab Your Pole series by Jenn Cooksey, Camie and Tristan are back, but so are their friends!
So, find a breathing apparatus and shimmy into your scuba gear, because it’s finally time to dive deeper into the lives of the GYP gang, but be warned, it’s a big world out there and an even bigger ocean where danger might be lurking around the next corner and realistically, anything could happen.

Get your vote on! And remember, whenever and wherever possible support Local bookstores (and kobo). Hello…